Reports of a rift between Indian captain Virat Kohli and vice-captain Rohit Sharma have gathered steam over the past few days and a concerned BCCI has decided to intervene to douse the fire and speak to both the players. BCCI CEO Rahul Johri is set to fly to US next week. “In today’s age when support groups get involved, things can get messy. Both are mature individuals and things should be back on track after being spoken with,” a BCCI source told India Today. The report also suggests that head coach Ravi Shastri will be called in to speak to the players as he oversaw the transition of captaincy from MS Dhoni to Virat Kohli. Shastri will speak to the players and try to reiterate the importance of dressing room atmosphere to all the concerned.

Contrary to earlier reports, captain Virat Kohli will be attending the team press conference before India travel to the United States and West Indies for a full-fledged tour. Team India is scheduled to leave the country on Monday to travel to the Caribbean and the Indian captain will take questions from the media at a Mumbai hotel on Monday before the departure, the Board of Control for Cricket in India (BCCI) has confirmed.

The Indian team will depart to the US on Monday night and are scheduled to play two T20I games against West Indies on 3rd and 4th in Florida before crossing across to the Carribean for rest of the tour. 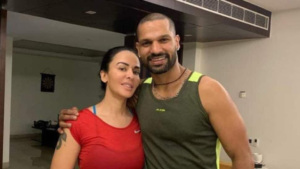